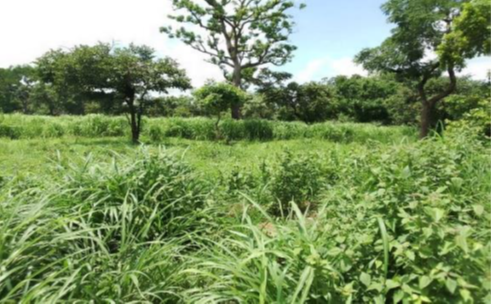 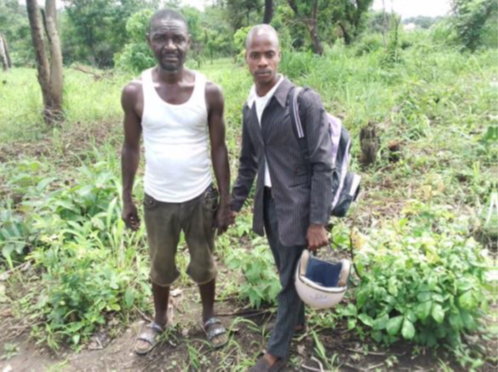 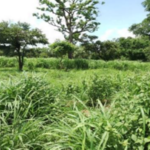 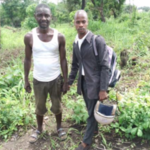 Glory to the Almighty God for his sustained grace as we have been witnessing touched lives in the community of Bendukoro. A faithful follower of Christ and evangelist of the CRCSL (Christian Reformed Church of Sierra Leone) felt led by the Spirit to bring the Gospel to the predominantly Muslim community of Medina. Many people belonging to the Limba ethnic minority living in that community were receptive to the message and began to confess Jesus as their Savior and Lord. However, the ethnic majority groups persecuted the Limba believers for their faith. Falsely claiming that they had been destroying the community palm trees through tapping poyo (extracting palm wine from the palm trees), these believers were largely driven out of the village. They fled away to another village called Bendukoro. Anointed by the Spirit, the CRCSL evangelist persevered and followed those believers in the new community where they were established. He continued to preach the Gospel and support them in discipleship and spiritual growth.

In line with the traditional protocol prevalent in most African communities, the evangelist went to the village chief and introduced himself and the reason for his presence in the village. This was risky in that by presenting himself as an evangelist, he was not certain how the chief might respond. Yet, by the grace of God, the chief received him favorably and much more, the chief took him aside privately and made a confession:

“I belong to the Limba ethnic group and am a secret follower of Christ. The village and my family would not have crowned and sworn me in as chief if they knew that I was a Christian.”

The chief warmly welcomed the evangelist and made an unused building initially built by an NGO for kindergarten available to him for accommodation and his evangelism ministry. With the help of the Limba believers in Bendukoro, he planted a church in the village. From time to time, the chief attends worship service in that church. Under his leadership, the village donated a large piece of land to the church for a worship building and school. This narrative reminds and encourages us that God is the Master of the Great commission. By the power of his Spirit, the Gospel continues to move forward, including in secret places or at times persecution. Thanks for continuing to pray with and support us in the movement of the Gospel to the ends of the earth, including every soul and community in Sierra Leone.

The Church in Rockel

We are also very encouraged to hear about the sustained development of the Christian Reformed Church of Sierra Leone in Rokel. It is situated in a predominantly Muslim community in the Rural District West of Sierra Leone. The church has been committed and fruitful in evangelism and discipleship. As the ministry has grown, the Lord’s blessing has enabled the growing body of believers to raise funds locally; and with the support of the CRCSL national leadership, they recently purchased a piece of land where they plan to build a permanent place for worship in the community.

Thank you for being a part of what God is doing in Sierra Leone!

How can you pray?